Your daily dose of Varoma-therapy is here! 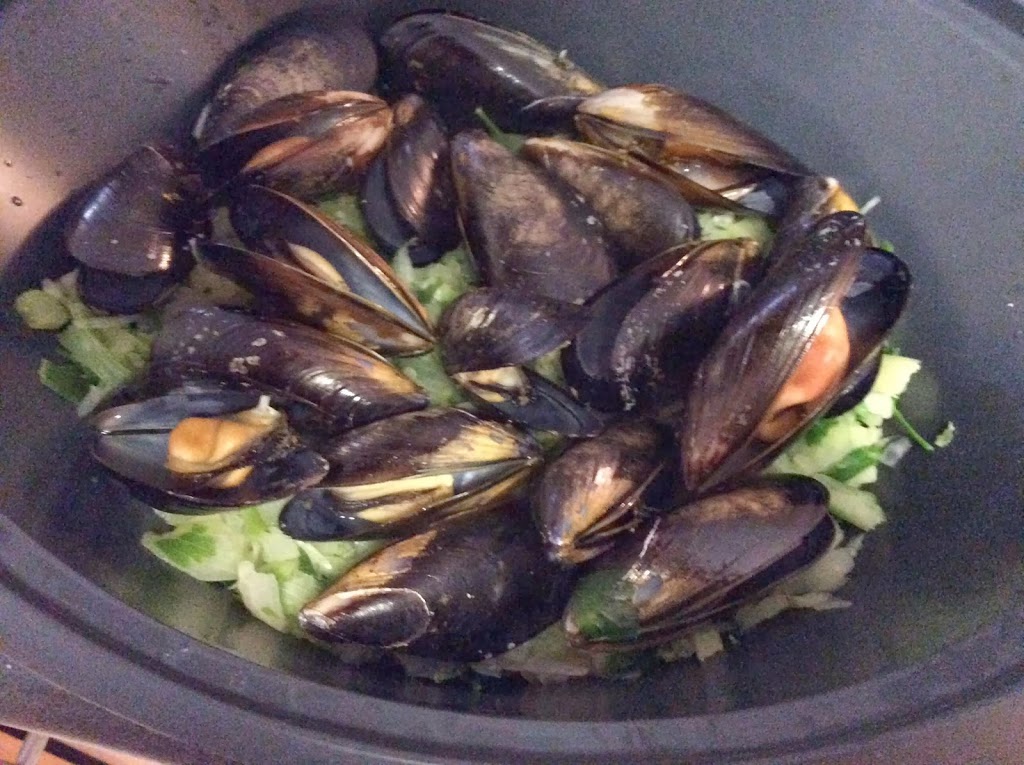 1 large brown onion
3 stalks celery
2 cloves garlic
2 green onions
6-8 stalks parsley
Mussels
Roughly chop vegetables and herbs in bowl on speed 7.
Line varoma with this mix.
Place cleaned mussels on top.
Close lid .
Varoma speed 1 about 10 minutes depending on size of mussels.
No need to clean bowl after chopping veggies, the bits add flavour to the water.
Batches 2 and 3 of the mussels (using the same veggie bed) took only 5 minutes as varoma heat had already been reached. 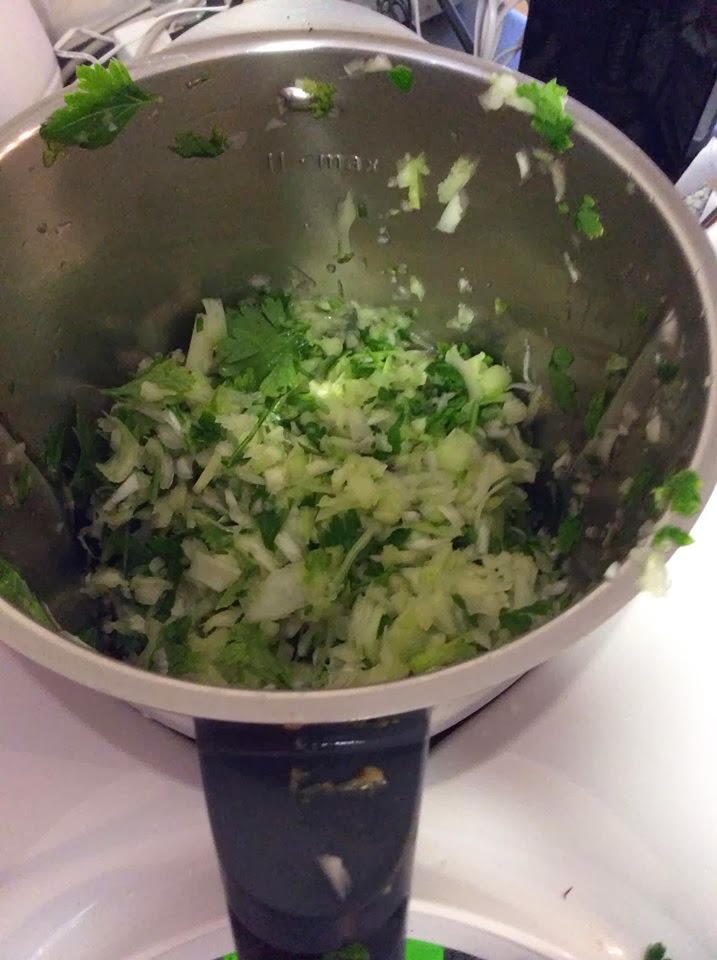 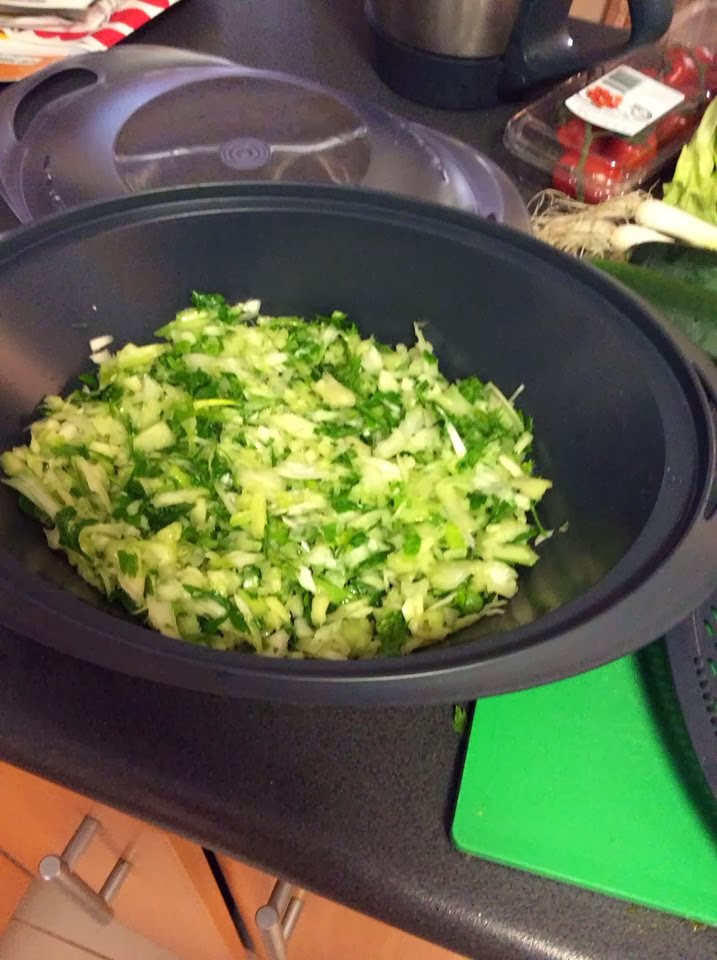 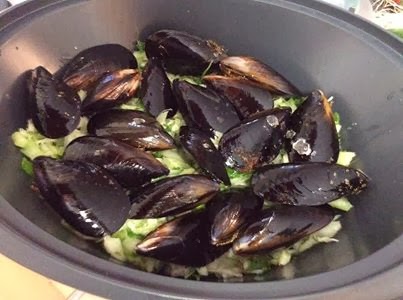 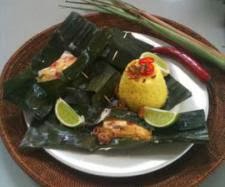 Mix with Base Megenep Paste, Bail Leaves, Kaffir Lime Leaves, Tomato, Palm Sugar, Lime Juice & Salt.
Cut six 25cm x 20cm pieces from banana leaves.  (or use foil).
Place a TBLSP of chicken mixture on each leaf.  Fold both sides of the leaf over the filling.  Fold the open end over & secure with bamboo toothpicks.
VAROMA METHOD
Set up rice to cook as per (EDC)
Add Chicken Parcels to Varoma Dish
Cook for 10mins at Varoma Temp on Speed 4

This goes well with the above chicken dish. 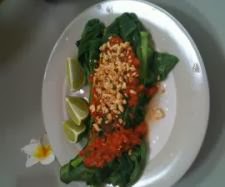 This goes brilliantly with the two previous dishes. 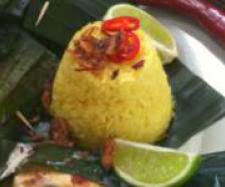 Our varoma dinner tonight. Really basic but at least I achieved 2 things 1. Use varoma 2. Leftovers. 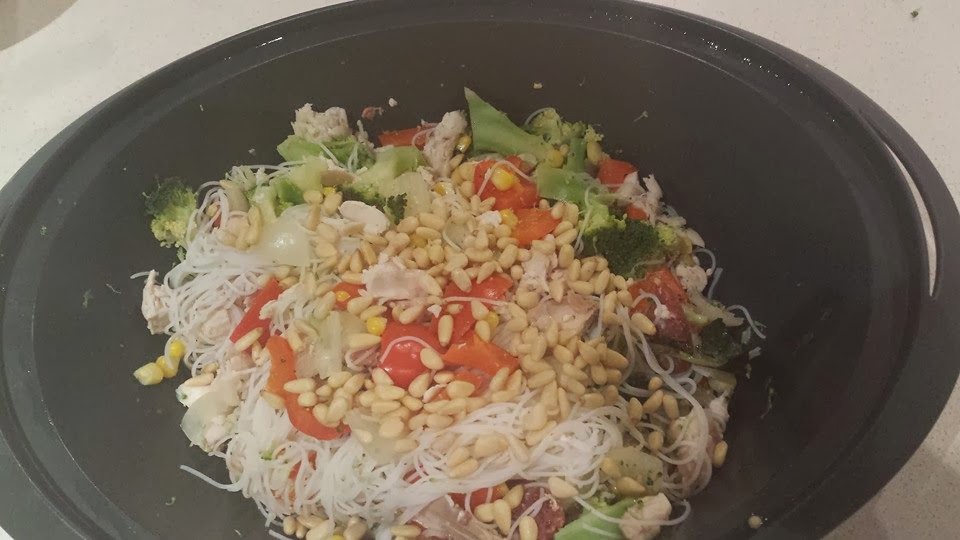 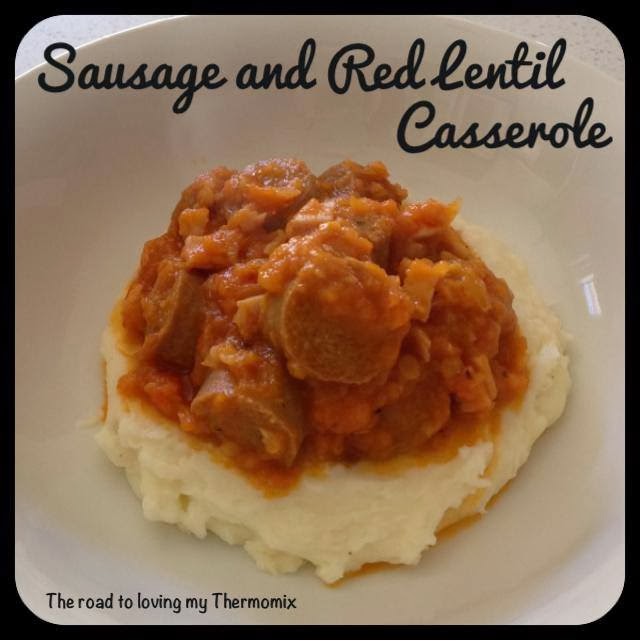 Place sausages in the large varoma bowl. Set aside for now.
Place carrot and zucchini in the bowl. Blitz on speed 8 for 5 secs. Place into a bowl and set aside. You could use any vegetables you like at this stage.
Place onions, leek and garlic into bowl. Blitz on speed 9 for 5 secs. Scrape down. Repeat.
Add bacon and oil. Place varoma tray on top
Cook at 100 degrees, 5 minutes, reverse, speed 2.
Once done take the varoma off, add carrot and zucchini mix, water, lentils, tomatoes, pepper and stock to tmx bowl and put the varoma back in place.
Cook at varoma temperature, 15 minutes, reverse, speed 2.
Once done remove the varoma tray. Remove skins from sausages and slice.
Attach the butterfly to the bowl.
Add the sausages. Cook at 100 degrees, 5 minutes, reverse, speed 1.
I put the sausage mixture in the Thermoserver, wash the bowl out and make EDC mash to serve it on. You could serve this over rice, pasta, cous cous etc instead. You can also steam additional vegetables along with the sausages to serve on the side of needed.