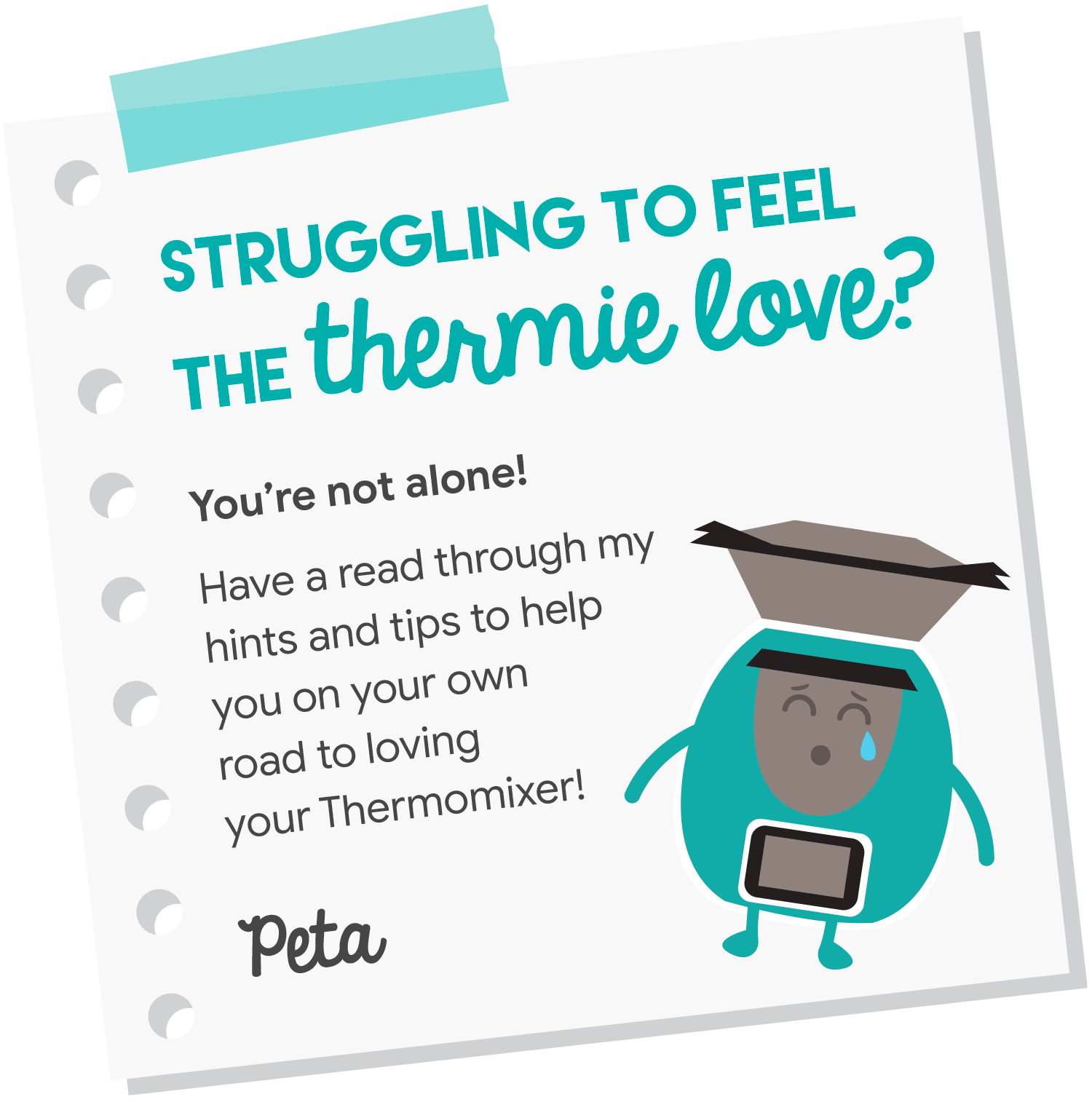 Like everyone else I was excited to receive my TMX. This was going to be amazing. I was going to change the world with this machine and it would somehow warp me into some Nigella Lawson like super mum. Wrong! My machine arrived just as morning sickness with my third pregnancy kicked in so cooking quickly became a dreaded task, even with this amazing super mum creating machine.

As many of my friends know I really struggled to see the benefits of the machine over the next 6 months. Everyone else was loving their machine and I was that crazy person who wasn’t seeing how great it was, who wasn’t referring to it as their fourth child and sleeping with it at night. I tossed up whether it was time to cut my losses and make some money back by selling it. Maybe I could use that money to learn how to be a hypnotist to convince people I was in the same league as Nigella?

I decided to set myself a challenge – I was going to cook in my TMX every day for a week. If at the end of the week I still didn’t see the many benefits then I would sell it.  I spent the next week whipping up soups, homemade pasta, pesto, curry pastes and a whole lot of custard. At the end of the week I could see how much easier cooking was and it was actually fun and exciting. I really just needed to take time to learn how to use the machine properly.  Its a whole new way of cooking and in most cases needs to be learnt through experimenting and lots of it. So the Thermomix stayed.

If you are struggling with your machine have a read through my tips below.

Come join my Facebook group “The road to loving my Thermomix Question Group” – ask questions. Lots of them! No question is silly. Members of this group are owners, consultants, want to be owners, “therminators”, people struggling… there is someone who can help.